Helping the children and staff of a juvenile home in Taiz, Yemen 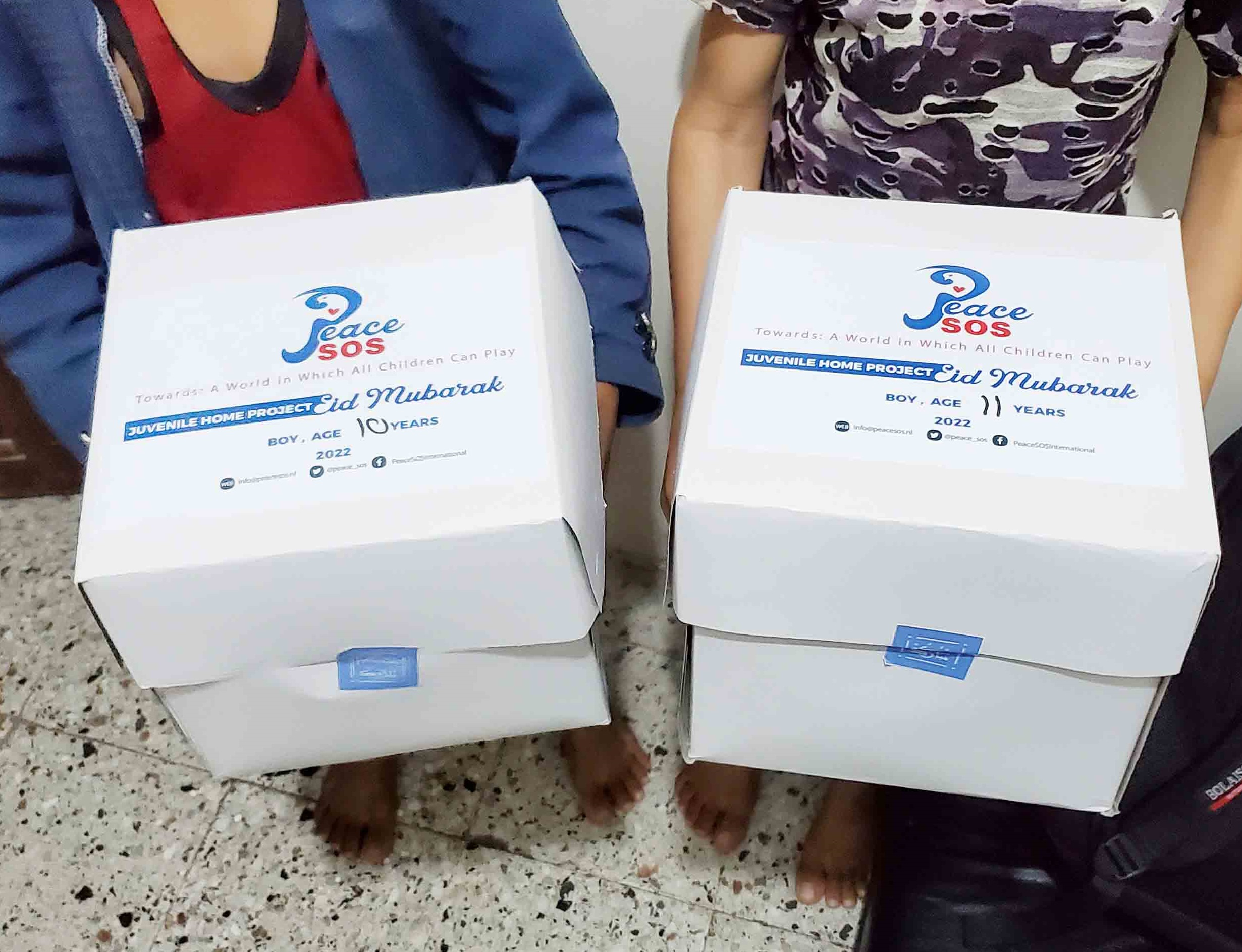 For almost six years now, the ongoing fighting in Taiz and blockade of main roads in and out of the city has resulted in the evacuation of its juvenile home. There is hardly any support for the children and staff, despite their desperate need for it. The lack of food during the month of Ramadan has resulted in increased suffering for all the children.

Peace SOS supported the initiative of Ebrahim Saif by providing food and cooking utensils for the children and workers in the home. The food will be enough for the coming six months.

Children’s clothing for Eid was made by tailors with limited income. The clothes can also be worn after Eid. Eid is a special day at the end of the month of Ramadan celebrated by Muslims to contribute to: A World in Which All Children Can Play.