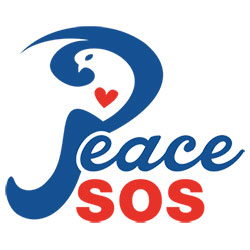 God is the origin in the relations between people and human societies and nations, a divine law that simulates the common sense of man, because the origin in life is peace, and research On the causes of security, stability and prosperity, and away from all that leads to destruction, wars and destruction, and the destruction of power, and waste of good.

Peace is not just a fleeting word, it is a foundation of the stability of nations and an important pillar on which people’s lives are based. Without peace, there is no stable life. Without existence, there are no reasons for prosperity, and all opportunities for life back down from education, health, development and life. Because war is the antithesis of peace, heartbreaking, igniting sedition, ending the lives of the innocent, and causing grief to be a year for all.

Peace is not in the hands of some, it is surrender and retreat, it is a bold step, which is carried out only by the great leader, who chooses to walk his nation from the scourge of war and destruction to the life of security and safety, And stop all that leads to the destabilization of security and stability, allowing the peoples to develop, and grow up, and spare their energy for good and science and literature, instead of channeling their precious energies for war, murder and destruction.

The importance of peace is not only to spare peoples wars, but also to avoid dispersion, migration and exile, and to make them safe in their home countries. How many countries have suffered from war, dispersed their children, lost their opportunities in their country, lost and lost them. That war has turned into peace.

Peace, too, follows the example of the Prophet Muhammad, peace be upon him, who made peace treaties with the infidels of the Quraish and the Jews, for his absolute knowledge, and he who does not speak or do about passion, that peace has great benefits and great benefits of the nation, All parties to the peace treaty on their terms, to be fully committed to their requirements, and to not renounce, undermine or compromise peace.

Peace is one of the names of Allah, and one of His attributes. This is another proof that peace is the origin of relations between individuals and peoples, that it achieves its prosperity and stability, and that a world without peace is a black world, ravaged by destruction, murder, war and bloodshed. Achieving peace is the responsibility of all, and we must all strive for it. We ask Allah to bring peace to all parts of the world and to spare us the scourge of war and destruction.