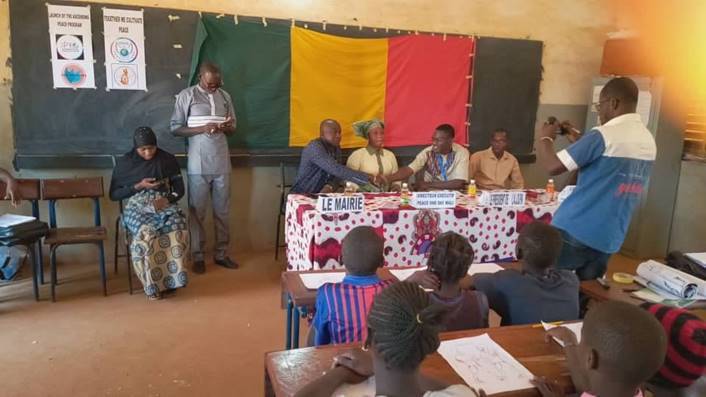 Since 2012, after the military putsch which overthrew President Amadou Toumani Touré, Mali has fallen into a social and political crisis.

Northern Mali has become the scene of heavy fighting between the army and the terrorist and rebel groups.

After several phases of negotiations were initiated with the arrival of the United Nations Mission, the Algiers and Wagadougou Accord were factors in easing tensions in the north. Added to this is the crisis in central Mali, where more than 300 villages have been displaced following attacks, murders, and fires on villages, and kidnappings of women, children and livestock.

Today, several phases of mediation for peace are ongoing, despite the coup d’état of August 18, 2020.

NGOs, United Nations agencies, and youth and women’s groups are all committed to peace and stability in Mali through dialogue, consultations and capacity-building sessions.

Much remains to be done, but peace and stability in Mali is expected very soon.

Photo: On March 31, the “Bottom-up Peace Project” was held in SÉGOU Pelengana, in the children’s entertainment center. More than 200 children, including children from this region and the mayor of SÉGOU, participated in the event organized by International Peace Youth Group and Peace One Day Mali.