Our escape to Sinjar mountain 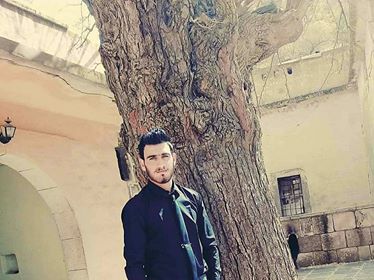 We were thinking about how to live, how to pass our days …

We never hated anyone and didn’t hurt anybody. Everything changed in one night.

Before that sad night, we had heard about ISIS and what they were doing to people in other areas. ISIS first entered Musal Governorate. We saw on social media how they killed people, slaughtered men, raped girls, and abducted children. Our community was so afraid, women, girls, children. Our religion does not allow us to change to another religion. All the time, people were saying that ISIS would come to Shingal and kill us.

On 2 August 2014, we heard on social media that ISIS was coming to Shingal the next day. Some of us believed it, others did not. That night, the children slept and some women too, but we didn’t.
We said: we must fight to survive. Between 4:00 a.m. to 5:00 a.m. on 3 August 2014, we heard the sound of heavy weapons from Shingal.

They told us to run and run, take our family and run to the mountain.

I lost my family and I followed my brother’s family.

We arrived at the top of mountain. There were many Ezidi families without food and water. The situation was so tough. We lacked water and food. There were people without shoes. We slept on stones. We didn’t have a single blanket. There were small wells of water. Many people needed water. It wasn’t enough for everybody. After nearly five hours, we had nearly 3 litres of water, but there were 20 of us. My phone’s battery also went dead. We did not do anything. Sometimes we heard news about ISIS. For nearly five days, I did not hear anything about my family.

We suffered severely without water and food.

People died without water and food. We decided to go to the north side of the mountain, to Sharfaden temple We heard that PKK had opened a small path between Syria and Shingal Mountain. On our way to the mountain, I saw my family again. We had all been without water and food for almost 2 days. We were not far from Sharfaden temple when we heard the sound of heavy weapons from Khansor and Snoni. My mother was so sick, as was my father. My mother had a cardiac operation and my father had an operation as well. It was so difficult to see them in that situation, especially because we couldn’t help them without water and food. Then we heard the sound of big guns from Sharfaden temple. There was a heavy fight between Ezidi youth and ISIS because ISIS wanted to destroy Sharfaden temple and kill people there. Then some people gave us some food and water. We stayed there one night. From Sharfaden temple we started to go to Syria. After walking nearly 7 hours, we finally arrived at the Syria border, after which we went in PKK cars further inside Syria.

Finally, we arrived at Qadia Camp in the Kurdistan region. In 2016, my father passed away. It was a very painful moment for my family and me. My father was everything for us. I wish one day I get the chance to tell people face to face what happened to us.

We are all humans. God created me and you, and all the people.

Life in Qadia camp is hard. We don’t have any money, and there is no place where I can read. My mother is very sick. If you are able to help me and believe my story, please lend me a hand. Life is not just for rich people; we all need to live in this big world.