Nonviolence is a superpower 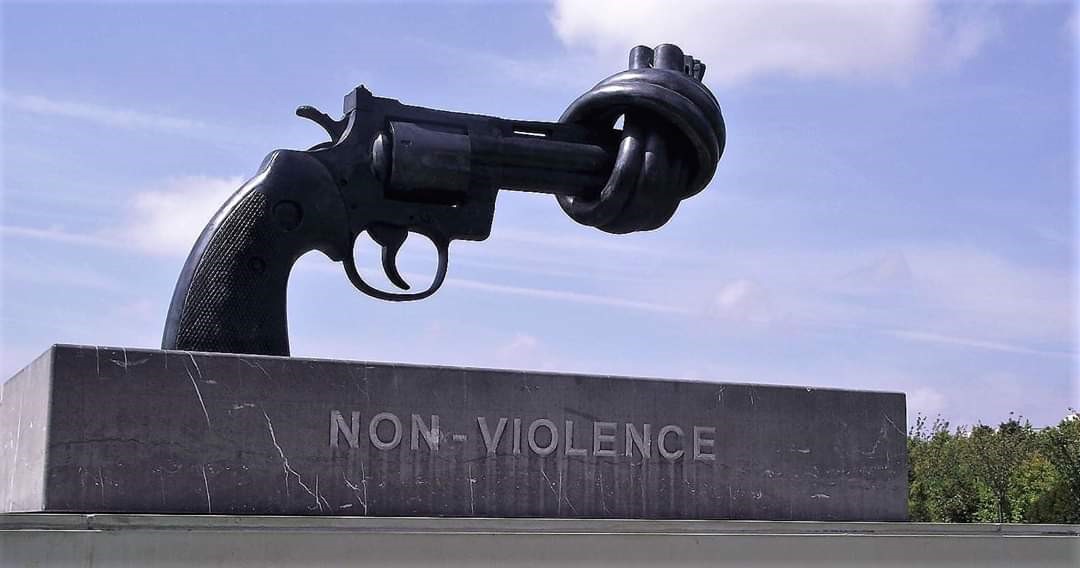 Francois Zankeh lives in Turkey and writes about Syria, 20 May 2020

This is a call for peace from Francois Zankeh. He lived in Syria and was victim of a violent kidnapping. His life goal is to achieve peace through nonviolent means.

The world is losing a lot due to violent conflicts and actions. These losses are financial and material, losses in lives and hope for those affected by conflicts. All this is the result of violence and armed conflicts that leave us without solutions. Often conflicts occur between countries, including internal conflicts, such as civil wars, e.g. in Syria. I belong to that land and feel a sense of belonging to all things on the surface of the globe, most importantly human beings, and Syria, which is my homeland. The love for these things should come from inside us because our race represents humanity. We can obtain peace when we offer it to others with good intentions.

I will talk specifically about the armed conflict inside Syria

Armed conflict inside Syria is an extremely complicated conflict in which local and international parties are involved. Large countries have intervened and joined the conflict in Syria. This has increased violent military escalation. The Syrian conflict is a civil war and from another perspective, or in the opinions of others, it is a war between different countries. Syrians believe that what is happening in Syria is a civil movement, a revolution, and that a peaceful uprising demands freedom and justice, but it is more likely that this revolution was redirected using repression and violence, as the journalist Marie Colvin, who was killed by the Assad regime in Homs, said: “This is the worst conflict I’ve seen in my life, it’s worse because it was a peaceful uprising, but it was faced violently”. I, as a regular visitor to Syria, and my family still living in north-western Syria, express our thoughts in a 100% neutral way. This makes us vulnerable.

I was kidnapped and violently beaten by an unknown party

I was released 72 hours later and quickly brought to the hospital as a result of that incident. Therefore, I am a civilian activist and trainer in peacebuilding and conflict management. I am conducting my activities indirectly for the time being, it is the best option. Carrying out activities inside the Syrian Arab Republic is not possible at the present time because of the escalation and crowding between the parties to the conflict and the lack of acceptance of the idea of peace and reconciliation by the parties to the conflict and most of society. Therefore, I offer peacebuilding activities in Turkey, which is a neighbouring country and bordering on Syria. As three million Syrians live in Turkey, it is easy for them to attend these activities, or maybe for the activists who live inside Syria to come through the border crossings, or for the Syrian refugees who live in other countries to attend too. These activities are, for example: trainings, workshops, meeting, and conferences. These activities contribute enormously to resolving the conflict in Syria – although they are indirect – but people who follow peace activities and participate in them will become empowered. So they can defend peace and its industry, and they can talk convincingly about it. Due to the great humanitarian needs inside Syria, most Syrian NGOs are still busy providing public care projects and closing the gaps in extreme poverty. This is what makes them uninterested in peacebuilding projects. Work and attention to peacebuilding programmes is particularly important because peace can stop hunger, poverty, violence and pain. It gives stability to people.

If we want to stop human suffering and fulfill people’s needs, we must build peace first, that is a fundamental solution

The people most affected by armed conflict are the weak and the poor and those with special needs and the most vulnerable in societies. Thus, the conflict in Syria has produced many losses and much instability, and the Syrian Observatory for Human Rights, a UK-based monitoring group, has estimated that the number of deaths since the beginning of the war reached 511,000 as of March 2018. Years of fighting have left 6.6 million internally displaced people and 5.6 million refugees around the world, according to the United Nations High Commissioner for Refugees. These losses, the victims, and the affected are not just numbers with a long story. Syria has negatively affected the environment due to its use of weapons and the illegal chemical weapons used by the al Assad regime, and the parties to the conflict continue to use prohibited weapons. The Syrian-Russian military alliance used internationally banned cluster munitions and chemical weapons to regain control of the areas. Human Rights Watch investigated 36 attacks with cluster munitions between July 2017 and June 2018, in addition to some 20 other possible attacks with these weapons. Evidence indicates that the Syrian-Russian alliance used incendiary weapons in Ghouta and Daraa ….

Peace is a great thing and nonviolence is a superpower

All disputes and conflicts, whatever their level, can be solved through peace and without violence. Most of the parties to the armed conflict, when they are advancing geographically, believe that they have won. This is not a victory. The attacks killed many people, destroyed infrastructure and caused damage to the environment. To be victorious doesn’t mean you are right. Also, things you open by breaking them actually means they defeated you. Every person belongs to this land and seeks justice, peace and anti-violence everywhere… Live for peace.

Note from the editor of Peace SOS:

The United Nations ‘Commission of Inquiry on Syria’ reports also give an overview of the humanitarian tragedy which happened and is still happening in Syria. The Commission often calls on all parties to the conflict to abide by the basic principles of international humanitarian law and to take every necessary precaution to protect civilians.