Nahid foundation supports widows and their children in Kabul

In 2004, after the Taliban era, I had the opportunity to go to Kabul, Afghanistan with an Afghan refugee, to visit her family. Many children and their mothers (widows) roamed the streets, without a roof over their heads. The boys tried to do small chores so that they could earn some money to feed their mother and siblings. The girls were especially at risk of rape.

After many talks with men and women about the situation of women and children in Kabul, the Nahid foundation was founded after they returned to the Netherlands, and in 2006 a house was rented in Kabul where widows could live with their children. The paid staff was wholly Afghan and two men guarded the house alternately.

When a woman found work with an income that could support herself and her family, she made way for a ‘new’ mother with children. For example, over the years, 30 women and 81 children have lived in the house. The women were illiterate, but the children all went to school. And the girls didn’t have to be married off!!! That was a requirement for us and the mothers were very happy with this.

NAHID now pays the rent and buys wood for the women

Due to the situation in Kabul, rents for houses became so expensive in 2013 that we were no longer able to rent a house. The six women who lived in the house at the time found a place to live for themselves. They also had work there in 2020 until corona struck, but they could not earn enough to cover all the living costs. That is why we have been supporting these women until now by paying their rent and buying the wood for the winter. Now that there is no more work for the women, in addition to their schoolwork, the boys have to earn enough for food and clothing. This appears to be impossible.

The Nahid foundation is still paying the rent for the living space. Up till now, this has been made possible thanks to contributions from private individuals to support the women and children and the two men. But we still find it difficult to find sufficient income. Especially now that we would like to send the women a little more money, because their income has fallen and the cost of living has doubled.

There is no work

Still, the results clearly justify our efforts. Because all the children went to school. In times of corona, schools were closed, but the children were able to pick up schoolwork every week to have it corrected a week later. We have provided laptops. Unfortunately, there is no work, even if you’ve successfully completed high school. That means: becoming a porter on the market or in front of shops. But the demand for such jobs is high.

In addition, women expressed the desire for a safe space to start their own business. This encouraged us to look for possibilities to construct a building with a dual purpose: business spaces for women and space for the restart of the women’s shelter. We started construction because the prospects for obtaining a subsidy were good. Unfortunately, due to the crisis and the cutbacks by the Dutch government on development cooperation, nothing has come of this. 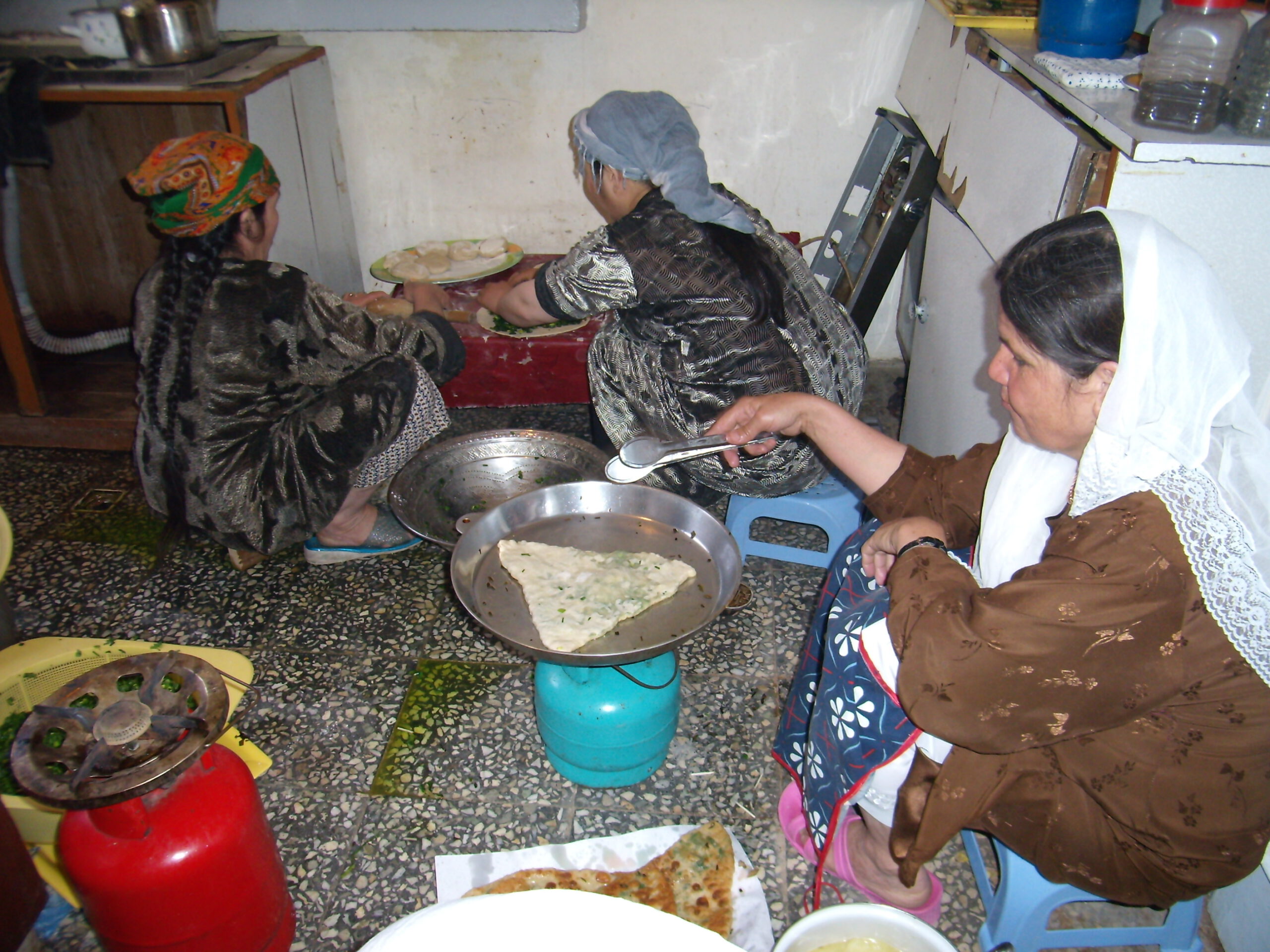 We have succeeded in realizing the ground floor and the (yet to be furnished) first floor of the building. Until last August, the two guards lived downstairs with their families. And there is room for a sewing workshop. Everything is there for that workshop: sewing machines and money to start it up. But at the moment it is proving difficult to find women who dare to risk traveling to come to work and it is now very difficult to find buyers in companies and shops because of the uncertain future.

Due to a major campaign on our part, we were able to collect enough money in 2020 to complete the construction of the first floor. Unfortunately, that has not happened yet and it does not look like it will happen any time soon. We keep up hope.

The need for the evacuation of the guards

We are now focusing on supporting the women and children, as well as evacuating the two guards. Their lives are at risk because it is known that they work for and are paid by a foreign organization. One of them was severely beaten up by Taliban members on November 4. The photos testify this. We are looking for ways to get the men to safety, but this is difficult, since we were not financed by the Dutch Ministry.