Free the people working in the brick factories, brick-kilns 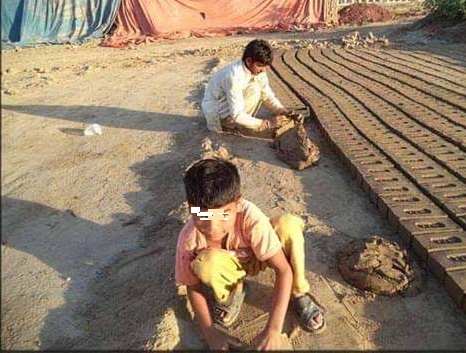 Thousands of Pakistani brick-kiln workers borrow money from their employer for essential needs in times of family crisis. These debts keep each family bonded to their brick kiln, with money deducted from their wages to pay the interest on the loan.

From of their position of poverty, it is impossible to pay off their debts, and these can be passed down from generation to generation.

Bricks are still made by hand in Pakistan—just as they were in Britain in the 19th century—and those who work in the brick fields are little better than slaves to hard labor. Many of them are Christians and among the poorest of the poor.

Whole families—even small children—work all day to make bricks by hand. From before dawn, and in the blistering heat of the sun, they then stack the bricks to be baked in huge mud ovens. If they manage to make 1,000 bricks a day they receive about £2 / $3. Demeaning work for pitiful rewards.

As bricks cannot be made during the rainy season, most workers are deep in debt to the manager, who is eager to advance them small loans that bind them to the kiln for life. It is a cruel form of slavery from which they can never escape. “If I could pay my debt,” said one worker, “I would run away from here.” To escape is to invite swift and sometimes violent revenge from the kiln owner.

The author is from Pakistan and wishes to remain anonymous