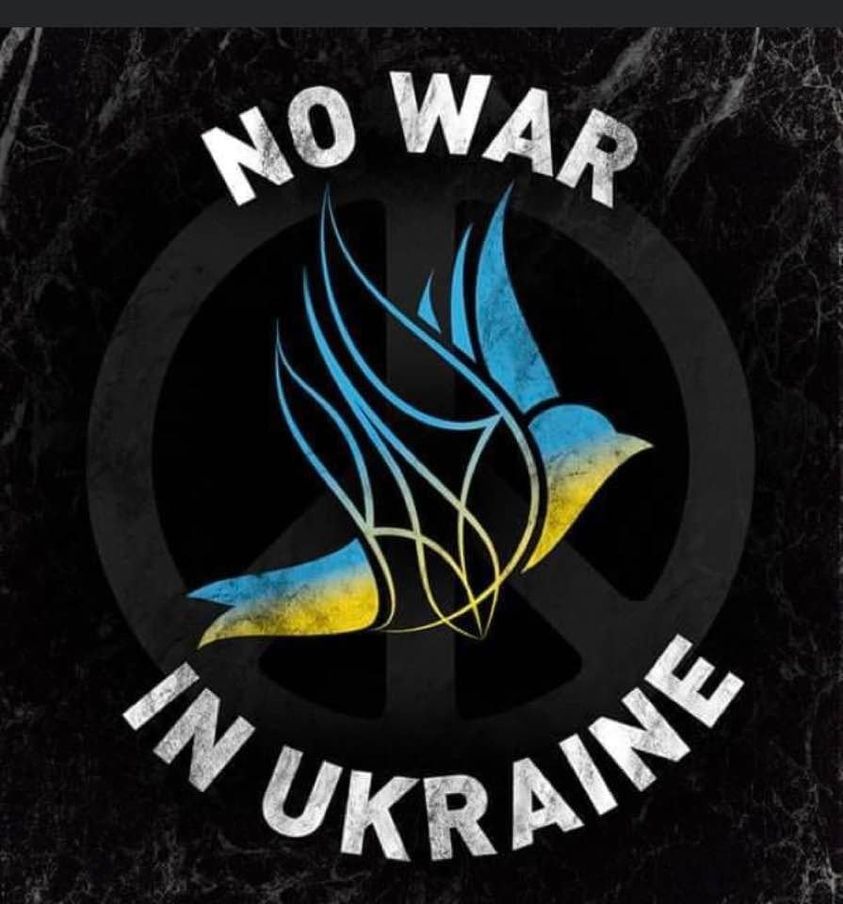 A month ago I published an article, in which I suggested that both West and East share equal responsibility for preventing the escalation toward major war in Ukraine. The reason for that is clear and simple. Unfortunately, Ukraine became a battlefield of the new cold war between the United States and Russia. Two superpowers are competing for control over Ukraine, using and inflating in their global power struggle the militant nationalism of the Ukrainian government and the similar militant nationalism of pro-Russian separatists in Donetsk and Luhansk. The peaceful life of Ukraine was destroyed by these militant nationalisms and their great power struggle.

Eight years of bloodshed took thousands of civilian lives , turning millions into refugees and internally displaced persons, while devastating our economy and debilitating our society.

In my article I said that if global leaders fail to negotiate sustainable peace in good faith in favor of playing the blame game and settling their power dispute on the local battlefield in Ukraine by violent means, they will be held accountable via nonviolent means by the people of Earth.

So, what is happening now?

The Ukrainian government is preparing for war with Russia in response to the amassed Russian troops nearby, while the pro-Russian separatist republics of Donbass are preparing for war with Ukraine in response to the amassed Ukrainian troops nearby. The OSCE Special Monitoring Mission to Ukraine reports intensifying ceasefire violations. There is information in the media about the shelling of urban residential areas, and civilian casualties on both sides of armed conflict. Ukraine and the United States exchanged contemptuous accusations with Russia at the UN Security Council.

It looks like the United States and Russia are playing tug of war, pulling on opposite ends of Ukraine.

So, it is time to hold both the USA and Russia accountable. But how? First of all, by telling the truth.

Great powers hate it when we tell the truth, because their power is based on great lies that conceal the truth. Lies divide people so people can be ruled. And truth, because of its non-contradictory nature, unites people of the world, empowering and nonviolently enforcing peace.

The greatest lie is that “we” are angels, and “they” are demons.

We did nothing wrong and peacefully held our positions, of course armed to the teeth and vigilant for full safety. They attacked first, without warnings, without provocations on our side because we just calmly observed them in our rifle sights, doing no harm, and before that they mocked us by inviting us to peace talks where they had no intentions of surrendering, so they deserved our refusal to talk. You say they say we attacked them first?! Fake news and disinformation!

The mainstream media of East and West have been hijacked by the war machine which hypnotizes people by talking about imminent war, the supposed invasion by the Russian army of Ukraine, or the Kyiv army with NATO-supplied weapons to Donetsk and Luhansk.

Who benefits from such cries à la “the end is near,” obviously intended to be self-fulfilling prophecies though mostly already turned into falsehoods? Not the people who pay for war and lose their welfare… Scandalous politicians who try to wag the dog? Possibly. Bloodthirsty commanders seeking the glory of war and promotions? Probably. Military contractors on all sides? Definitely!

But war is never inevitable.

We should stop the war machine. If the war machine sows panic, spreading horrors of military intelligence, we should resist, unite and call to respect common sense and a life of peace for civilians.

If the war machine tries to convince us that peace talks are impossible and peace agreements mean nothing, we should say more loudly that war is not a solution – inclusive and good-faith peace talks are.

Truth may be unpleasant, complicated and unexpected, it may reveal that there are no good guys or bad guys, only good behavior to be rewarded and bad behavior to be restrained. But let’s say it clearly: no conflict has only two sides, us and them; there is always a third side of common good, the side of truth.

Never take the side of war. Since you want peace, prepare for peace.