World Peace: And how we can achieve it by Alex Bellamy

In his book World Peace: And how we can achieve it, Professor Alex Bellamy states that he thinks of peace as the absence and prevention of war and the management of conflict through peaceful means, implying some form of legitimate civic order. By ‘world’ peace he means the extension of these ideas globally. World peace doesn’t come from institutional arrangements or economics alone, but must also live within the hearts and minds of people.

Alex Bellamy elaborates upon the state and the “Sustainable Development Goals’’ of the United Nations. Goal 16 calls upon states to promote peaceful and inclusive societies for sustainable development, provide access to justice for all and build effective, accountable and inclusive institutions at all levels.

In his next chapter Bellamy focuses on the costs of war. He concludes that the modern balance sheet has shifted against war. Bellamy cites the ‘Global Peace Index’ of the Institute for Economics and Peace. In 2016, violence cost the world $14.3 trillion, or around 12.6 per cent of world GDP. The majority of that was accounted for by global spending on military and security forces. I would like to add that every person who is killed is one soul who needed to be saved. We need to cherish life. Money is just a means.

Alex Bellamy aims to show that peace is possible. He outlines that we already have many institutions and practices for making peace possible and sets out an agenda for building world peace. As he states, it will only happen if individuals organize to make it happen and each and every one of us assumes some responsibility for world peace. Alex Bellamy did more than take up his responsibility. He doesn’t only give us hope, he also shares his valuable vision, which is based upon thorough research.

World Peace: And how we can achieve it, Alex Bellamy, Oxford University Press (2019). 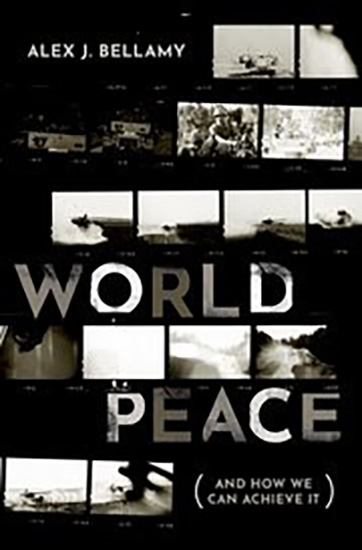