The Business Plan for Peace by Scilla Elworthy

Dr Scilla Elworthy starts her book by putting the costs of war into perspective. She mentions that the global spending on war is $2 trillion dollars (see for the current figures SIPRI, red), while World Beyond War calculated that only about $30 billion is necessary to end starvation and hunger around the world.

Inequality has created a world in which the eight richest individuals worldwide own as much as half of the world’s population.

‘War is past its sell by date’ states Dr Scilla Elworthy. According to her, the knowledge available of how to prevent war and resolve conflicts is substantial. We are no longer obliged to repeat the deadly cycle of atrocity, terror, grief, anger, revenge and retaliation. We have better methods of preventing people from killing each other.

Dr Scilla Elworthy points out that the global arms trade fuels war, remains secret and is unregulated. Five of the world’s six largest arms sellers are the five Permanent Members of the UN Security Council. That is why efforts to curb the arms trade have so far failed. She also mentions that governments are not truthful to their people about why they go to war, and what happens during war. As an example, she cites the role of Britain in the Iraq War.

The voices of those who suffer so brutally in war are not being heard at the peace table, nor are their needs taken into account in peace agreements.

The book also contains a business plan for peace. Elements of the plan are:

Systems that effectively prevent conflict at local levels, such as: funding to be made available to locally led peace-building organizations across conflict-affected regions.

Systems that effectively prevent conflict at national/regional levels, such as: ten governments that build national infrastructures for peace.

Systems for preventing conflict at international levels, such as: establishing regional mediator teams and a campaign for a global brake on arms trading.

The costs of her plan are just under two billion US dollars for ten years. As a comparison, Dr Scilla Elworthy mentions that we spend $59 billion annually on ice cream alone.

The Business Plan for Peace: Building a World Without War by Dr Scilla Elworthy, Peace Direct (2017). 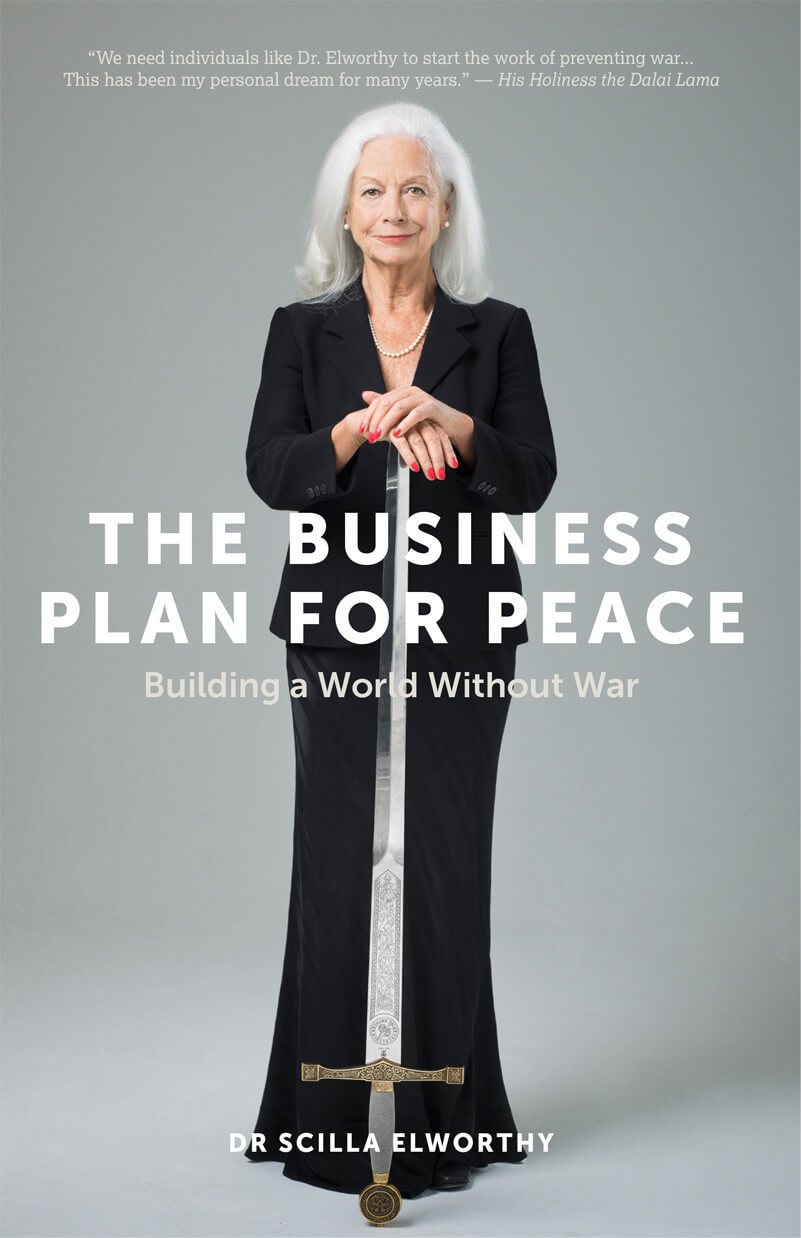