Food action by singer Tsiverilaza and team in Southern Madagascar 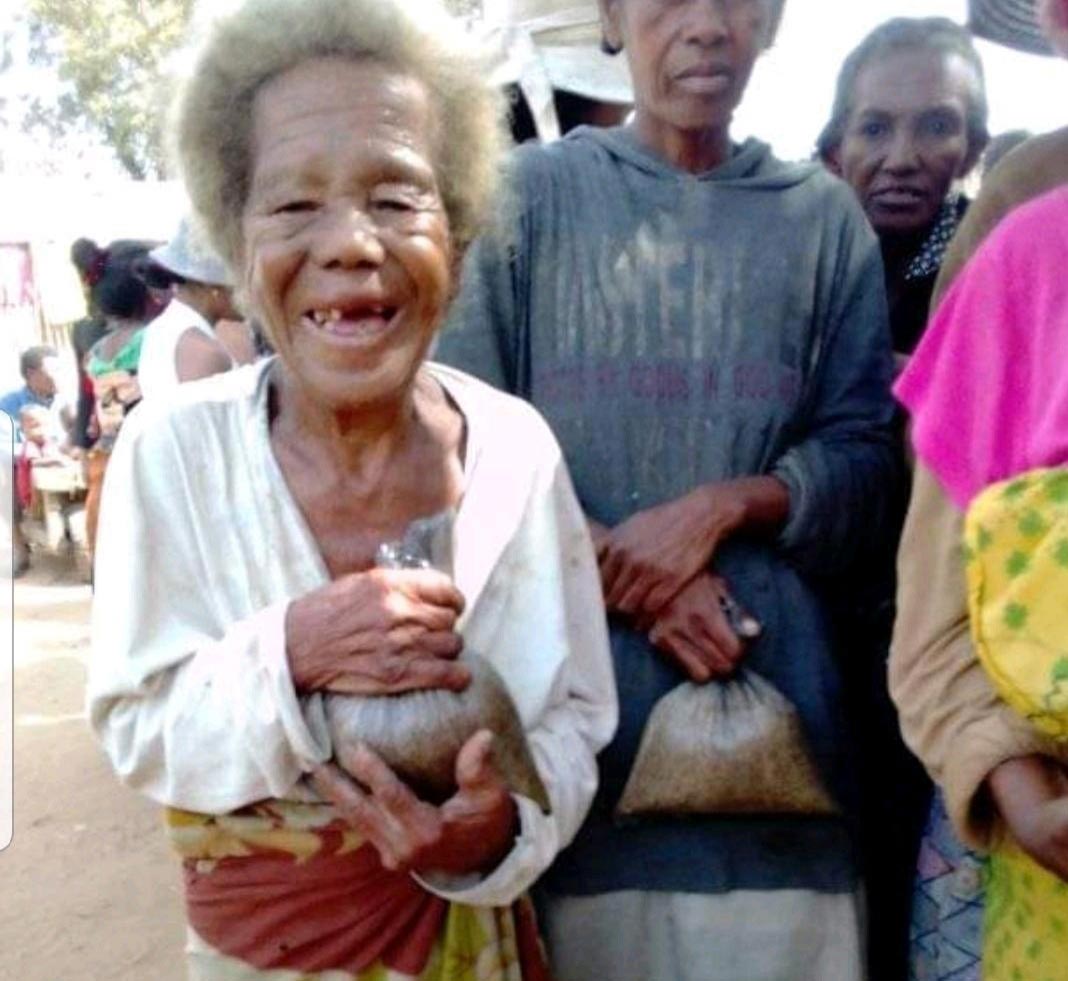 The Malagasy singer Tsiverliza, his wife Saskia, a team of dedicated volunteers in Madagascar and Peace SOS teamed up to offer help to the poorest people in the southern region of the country, where drought, hunger, and poverty leads to a worrisome struggle for survival since June this year. According to the head of the World Food Program, the situation is very critical at the moment. In Southern Madagascar, “more than a million people are marching towards starvation and some 14,000 people are in famine-like conditions”. Fighting to survive, people have no choice but eating cowskin, insects, mud and cactus leaves, having sold all their belongings, land, or cattle in exchange for food. The climate change causes drought upon drought, killing people in great numbers in a region where people carry no responsibility for this climate change themselves.

Peace SOS has decided to not only spread the message of this catastrophe, but also to act. A first ‘Food action’ has been successfully executed in August this year. In the village of Ambovombe, 500 of the most vulnerable people have received a bag of rice or corn via 3 different distribution points. The people have been selected in cooperation with the chief of the village (people without income such as single mothers with children, homeless, handicapped or ill people). The local organization’s leader David Ratsaralaza , known in the village under his artist name Tsiverilaza, is a famous singer in Madagascar and a well respected person in the area. The village of Ambovombe is also the place where he grew up and where the volunteers are eager to work for him, organizing himself the action from France where he actually lives with his Dutch wife Saskia. They lived for many years in Madagascar. Their knowledge of local culture, highly contributed to make sure the most vulnerable people received help. The volunteers in Madagascar did a wonderful job. Obviously, without their help this food action couldn’t have been realized. We are all eager to start another food action and get rid of hunger. We hope you are interested in supporting this action.